UPDATE, 2020: I have now published my long term, real world review of the Ricoh GR III.

The long wait is over! Ricoh has chosen Photokina 2018 to finally end all rumors, and announce the development of the successor to the Ricoh GR and GR II.

The bad news is, it won’t be coming until at least spring 2019. Some rumor sites have published “early 2019”, but sources closer to the ground at Photokina say that Ricoh have explicitly stated “spring 2019” as the expected release date. 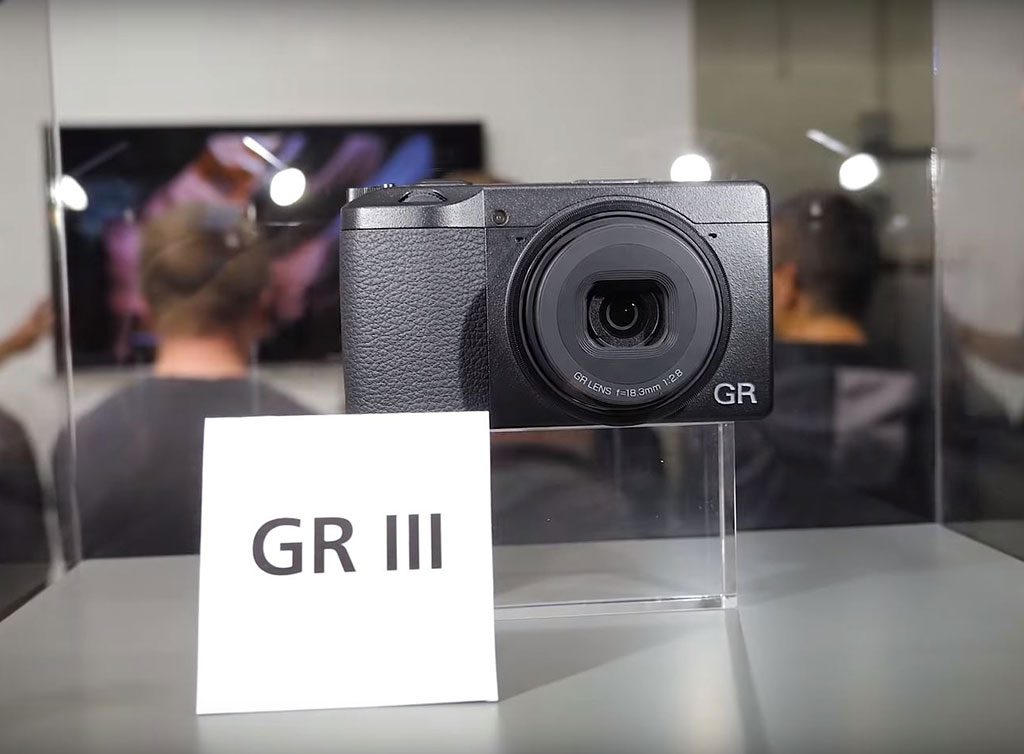 Development of the new Ricoh GR III was finally announced at Photokina 2018 in Cologne, Germany.

Price is still unknown at this time, but Ricoh have said that they hope for it to be at ‘under 1000 Euro”. I’m hoping it will be well below that, but we’ll have to wait and see. I’ve also heard that Ricoh-Pentax may keep the GR II in the line-up, and sell both models at the same time, similar to what Sony is doing with their RX100 line where all six (!) models of the RX100 series are currently being sold alongside each other at different price points. With the GR II currently going for just under USD $600, that could likely mean a closer to $1000 SRP for the GR III.

Here’s what we know so far: 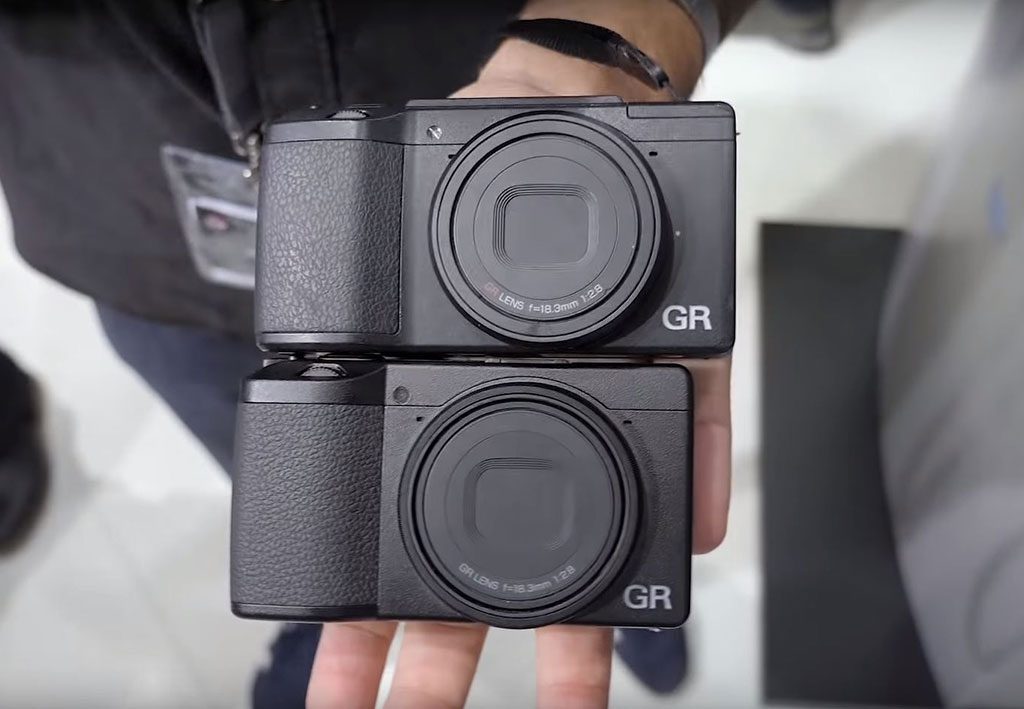 Here you can see the GR III (bottom) next to the GR II. As you can see, it’s lost a lot of length, and its size is closer to that of the GRD IV. 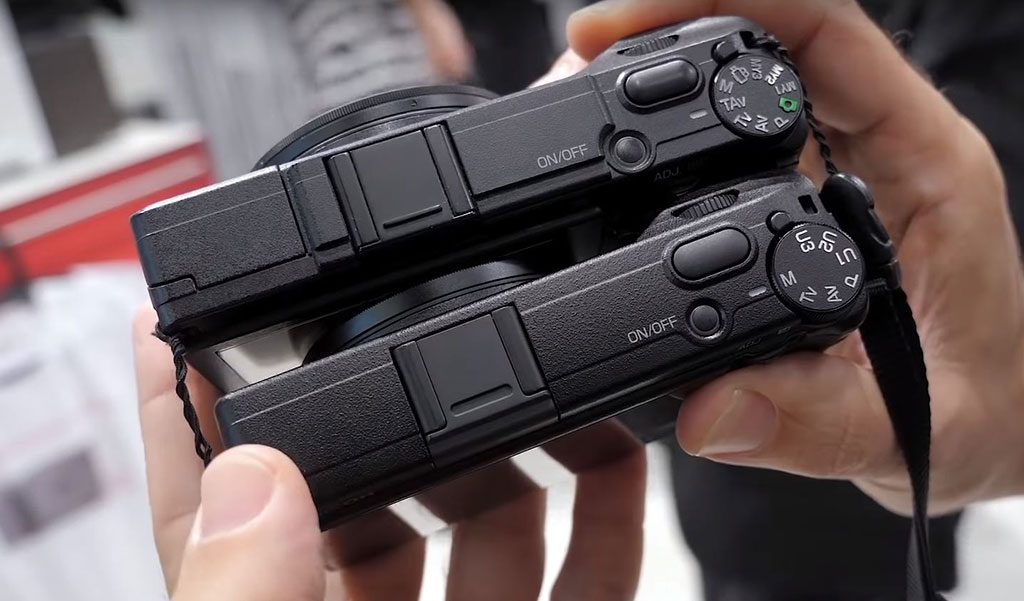 Here’s another comparison to the GR II (top). Also, take note of the much simpler mode dial on the GR III (bottom) – we’ve lost the Pentax TAv mode, the green “full auto” mode and the movie mode. 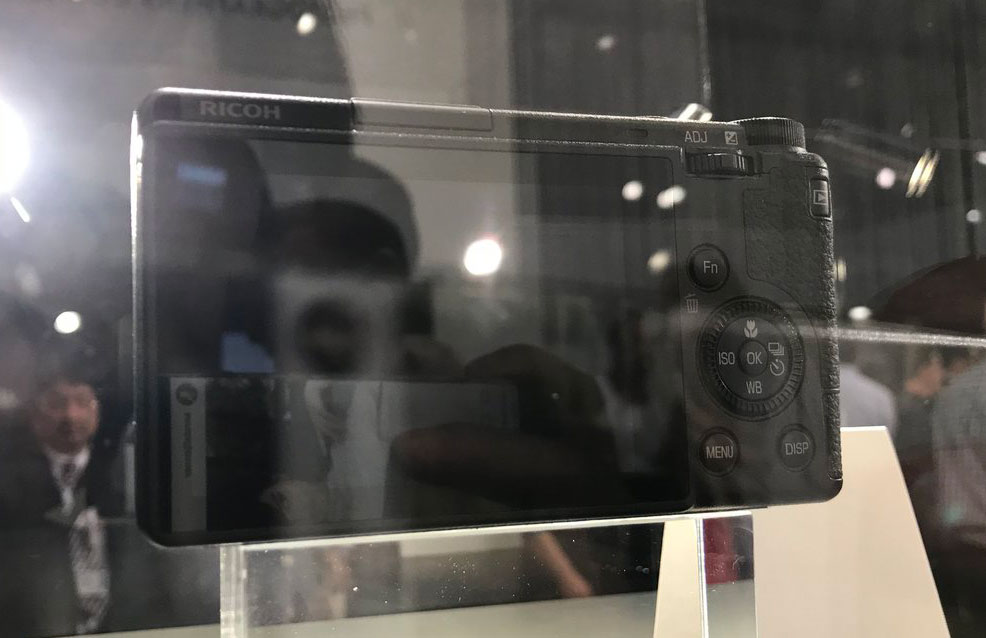 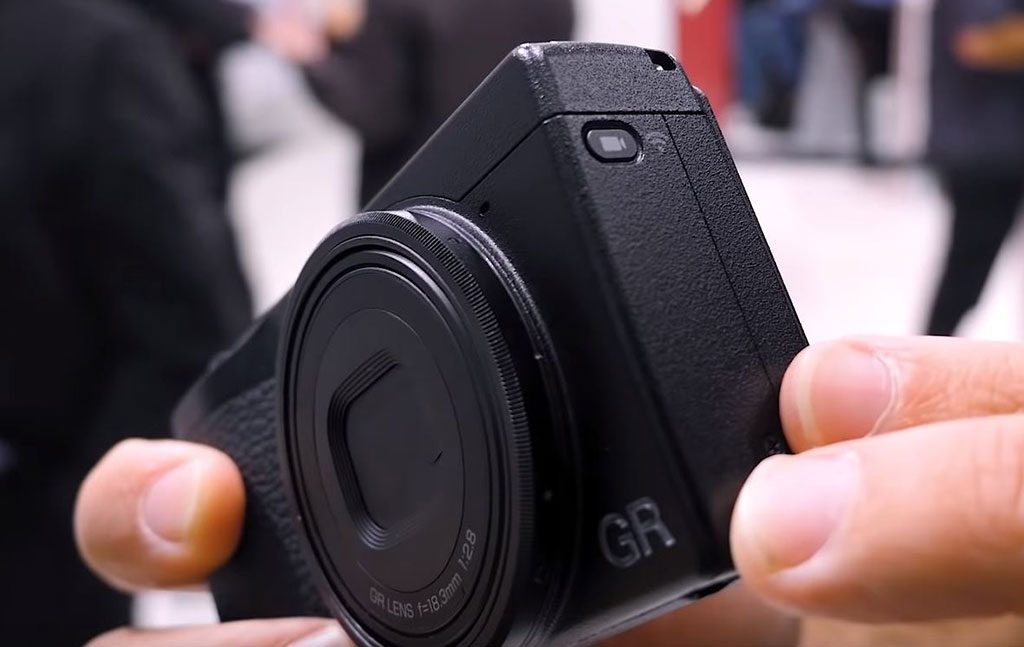 One last pic – here you can see where the video mode has moved to – taking the place of the ‘effects’ button on the GR/GR2.

It’s a bit of a controversial upgrade, for sure. The loss of the built-in flash appears to be the biggest change that’s getting the most backlash. But as someone who doesn’t use the flash much, I’m very excited about the upgrades to the GR III. The new sensor and the addition of sensor shift stabilization makes the GR III a better all-around camera. Those who use the GR strictly as street photography cameras are probably less excited about this iteration, but for those of us who use the GR for more than street shooting, most of the changes have to be more than welcome.

Don’t forget to check out my real world review of the Ricoh GR, to find out why it is my favorite compact camera of all time.