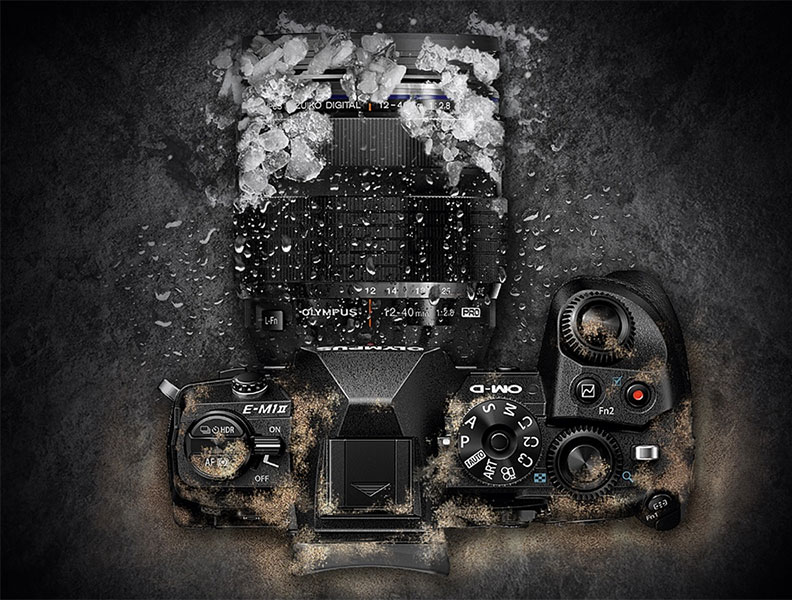 The new Olympus OMD EM1 Mark II is set to land in stores in less than a week, but a few sample videos are already showing up, giving us a glimpse at one of its biggest features – its astounding sensor-based image stabilization, capable of stabilizing most lenses up to 5.5 stops (and 6.5 stops when used with certain Olympus lenses, they call this Sync IS). According to Olympus:

The in-body stabilization itself gives 5.5 stops, and the Sync IS gives 6.5 stops with OIS lenses. 6.5 stops is actually a theoretical limitation at the moment due to rotation of the earth interfering with gyro sensors.

What makes this even more exciting is that this is the first Olympus camera that finally takes video very seriously – it now shoots high quality, high bitrate 4K video with fully functional 5-axis stabilization! In some cameras stabilization only works in full HD, but not in 4K. The Olympus is also able to shoot 4K without a crop. Most cameras have a small crop (like the Fuji X-T2 with an additional 1.17 crop during 4K) while some cameras have an even larger crop when filming in 4K. (1.7x crop on the Canon 5DIV for example). 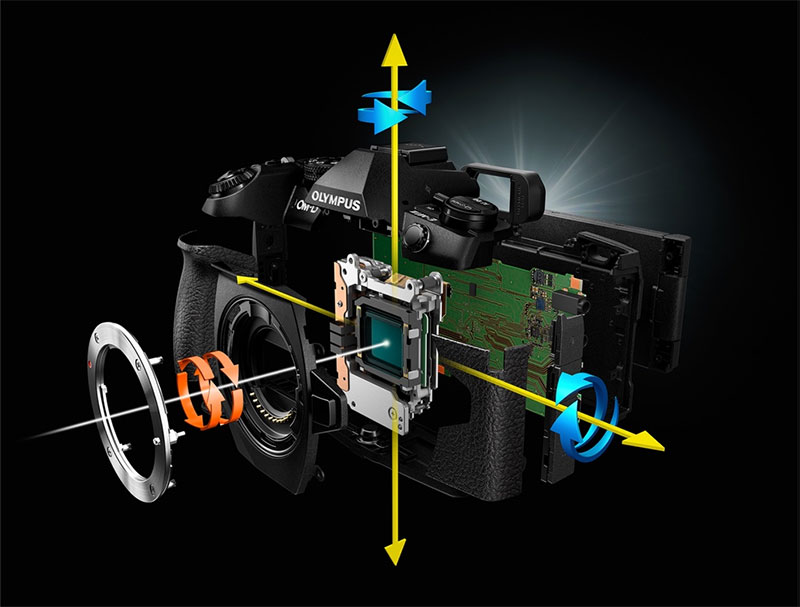 The best image stabilization in any camera out right now, bar none.

Olympus have had the best image stabilization for years, dating back to the original OMD E-M5. The more recent Oly bodies like the EM-5 Mk. II have found an audience with video shooters because of the excellent IBIS! But the one on the new EM1 Mk. II is just nothing short of amazing. Have a look at some of these sample videos – it’s almost like using a gimbal or steadicam!

Here’s a fully handheld clip taken at the Petronas Towers in Malaysia, this was filmed with the Olympus 7-14mm f/2.8:

Wow! Let me repeat that – this was shot handheld! Sure, it’s not perfect – but again, this was handheld! While walking!

Here’s another one, filmed while walking through the Torii gates in Fushimi-inari, Kyoto, Japan:

Yeah, yeah, you can get better results with a steadicam or an excellent gimbal (like the Zhiyun Crane) – but that’s the whole point, you can get 90% of the results without having to carry around a gimbal!

Have you tried carrying a gimbal while on vacation? I have. And trust me, it’s not fun. You have to make sure it doesn’t accidentally turn on while in your bag. Which usually means you want to take the batteries out, which means you have to set it up every time you want to use it.. You getting my point?

But what’s even less fun is coming home from a trip and finding all your footage ruined because of camera shake. In my experience, carrying a gimbal is much easier than carrying a tripod, but to be able to get these results without either a tripod or gimbal? Oh, man, that would just be awesome.

Here’s another handheld clip, shot during an official Olympus press event in Iceland:

No walking in this clip. But take note of the location, this guy (or gal) was in a freaking hot spring! Try bringing your tripod and gimbal while taking a dip in one of these! Iceland is the land of ice, fire, and water, lots of water! When planning a trip out here, the last thing you wan’t to worry about is carrying extra weight like a stabilizer or tripod.

One more clip – this one is from the streets of NYC, shot with the Olympus 12-40mm f/2.8: (there are handheld walking tests beginning at the 1:03 mark of the video)

All you pro and serious videographers are probably rolling your eyes already. But you’ve got different needs. Yes, as good as the stabilizer is on this camera, it won’t do a smooth tracking shot and it won’t be as good as a gimbal-mounted camera. But my purposes are different from your – I just want to get high quality video in the most hassle-free way possible. Like I said previously, I am not a pro, I have no plans to become a pro. My goal with any new camera is to get the best camera that will not get in the way of my daily life, or my primary activity.

There’s another reason I picked all the clips above, shot in iconic locations – because this is the biggest selling point of this camera for me: To be able to shoot great quality, handheld, run and gun video, without the need to worry about a gimbal or tripod, while traveling.

Here’s another one, filmed in Nice, France. (All shots (except one) were handheld)

One of the biggest sticking points about the Olympus OMD EM1 Mark II is its price. Its launch price puts it in the same ballpark as some full frame cameras. But you also have to put that in perspective. If you shoot stills and video, and want to be able to shoot handheld video with this quality – then the Olympus is unmatched, because there isn’t any camera in the market with this kind of stabilization out of the box.

Can you imagine the possibilities yet?

If you look at popular larger sensor 4K cameras, like the Fuji X-T2, or the just-released Sony a6500, and add the cost of a gimbal, then the price of the Olympus starts to make more sense. Plus, if you throw in the freedom of hand holding, the cost of having a lighter bag; not drawing too much attention to yourself etc.. by getting rid of a gimbal and/or tripod? The Oly just might be a bargain. 😉

All clips above were shot with Olympus lenses, but because the 5-axis stabilization is inside the camera body, this means that stabilization will work on any lens, as long as you get the right adapter to mount it to the body. Olympus also has what they call dual sync IS, where the in-body image stabilization works in sync with the stabilization on the lens to get you up to 6.5 stops of stabilization! Unfortunately, this only works on two lenses at this time – the Olympus 300mm f/4.0 and the new (and excellent) Olympus 12-100mm f/4 (the perfect travel zoom).

Note: CompactShooter.com is a participant in the Amazon Services LLC Associates Program, an affiliate advertising program designed to provide a means for sites to earn advertising fees by advertising and linking to Amazon.com. This means that we get a small commission on products sold through affiliate links at no extra cost to you.